Nitin was often picked on by his classmates for his weight. They would crack hurtful ‘jokes’ at his expense, call him names, and make fun of him. Nitin would sometimes laugh along because he was scared that if he told how much it really affected him, they would pick on that too. There had been times when he had asked them to stop, but they laughed his concerns away. Nitin would feel sad, and anxious anticipating what would happen next. It had really started affecting his confidence and he didn’t feel like leaving his room or meeting anybody.

When we think of bullying, we often think of someone being hit, kicked, or physically attacked. But bullying also includes:

The common aspects in these behaviours are that they’re usually carried out repeatedly. While some people may be doing this with the intention to hurt and cause harm, there may be others who just consider it to be ‘harmless fun’ and not realise its impacts. Bullying is not okay and can leave the victim feeling hurt and unsafe.

If you feel that you are being bullied

Things you can do

If safe, respond assertively to bullying: 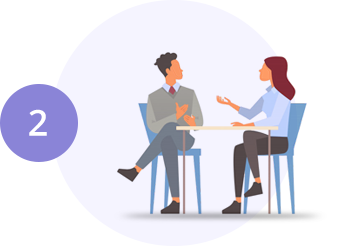 Find support for yourself

Know that you deserve to feel safe and respected

Being subjected to bullying is a painful experience. It can leave one feeling unsafe, and have an impact on one’s sense of self and worth. However, know that it is not okay if you’re being bullied, and you have the right to feel safe at all times.

Remember this isn't a reflection of you

It's natural to wonder why you’re being targeted specifically, or experience shame. But remember that bullying is a reflection of the person/people engaging in these actions and not you. This is not because you did something wrong/lack something. You don’t deserve this.

Many students keep bullying a secret because they are worried that they'll be labelled as a ‘snitch’ or that the bullying might increase. But remember that reporting or talking about bullying is not the same as informing someone.

IIT-B has a zero-tolerance policy for ragging/ bullying. It is important that people who bully are held accountable for their actions.

Please don’t hesitate in reaching out for help!