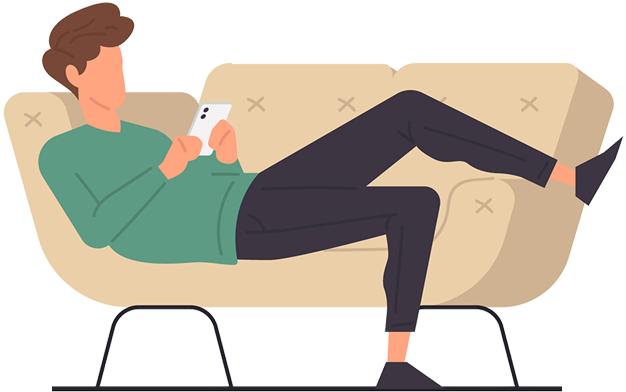 Deval had discovered the world of online gaming through his friends. He immediately loved it and it was initially just something he engaged in to wind down. But lately, the time he spent gaming had increased by many hours. He would start playing with the intent of two rounds but would end up playing many more. He found himself thinking about the next gaming session even during lectures. His own friends had started pointing out that he was spending too much time online. He had attempted a couple of times to stop but it felt too difficult. He would feel irritated, moody, and stressed and would ultimately get back. This was taking away from the time he would have otherwise spent on his assignments and his grades were taking a hit.

We use the internet for pretty much everything. Many of us spend hours (often without even realising where the time went) gaming, watching videos on YouTube, social media, and other streaming platforms. While some of it is healthy and can help us enjoy our free time, you may also have noticed how after many hours of being online, you’re left feeling drained or guilty at the end of it.

Many students on campus may relate to Deval’s story. If you see similarities in aspects of Deval’s habit, think about these:

Have you been feeling conflicted about your time spent using the internet? Many individuals talk about spending their time online a lot more than they initially intended to. They are trying but being unable to cut down, people around them point out that they’re spending too long on the internet. Has that happened with you?

It's a given that we can’t completely be off the internet. But if you want to look at ways to reduce or cut down 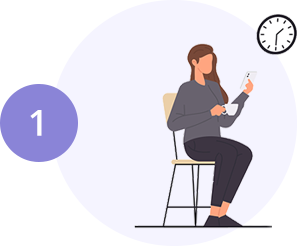 Be aware of your current usage

Given that spending time online becomes such a habit, we may not be fully aware of just how much time we really spend on different activities. For the next couple of days, consciously note down each time you log in for non-academic reasons. Also note down the duration of each of these sessions. There are some phones and apps that keep a track of the same. Even social media sites like Instagram have an in-built activity tracker to help you know your daily usage.

Once you’ve charted down your current time, you can make a decision if you’re comfortable with the same or would like to make a change. Think about the pros and cons/what you’re gaining from the time you spend online. Would spending even a part of this time on something else be more beneficial? Note down your goal, ensure they are specific and achievable (for example: 2 hours a day).

Think of your schedule and decide breaks/blocks. For example, if you come back to your room after the lectures and are online till you go to sleep, you could maybe decide to switch off post dinner. Pre-plan breaks that you’ll take on the weekends too (for example: I’ll switch off for at least two hours after every two hours I have spent online)

Plan what you’re going to do with your time instead. Maybe you have a list of things you haven’t got the time to complete yet, or hobbies that helped you feel recharged earlier but you haven’t been engaging in (reading, music, walking, spending time outdoors/with other people). Knowing in advance and keeping yourself busy doing other activities can help.

Make use of alarm clocks, reminders, locks, etc. For example: set an alarm that will ring in 15 minutes once you log-in and be sure to switch off when the alarm goes.

There are also apps that help limit time by reminding you to go offline, or locking target apps/sites for a particular time period.

It can also help to write down your goals and your reasons for attempting to reduce usage. Keeping this in a visible place and referring to it whenever you’re feeling tempted to give in can be of aid.

You can talk to your friends or mentor to see if they’ve faced similar situations and what worked for them.

Don’t beat yourself up if you’re not able to cut back immediately. This is a process that takes time and repeated attempts. Being mindful of your presence online and cutting back a little at a time is progress too.

Finally, don’t hesitate in reaching out and talking to a counsellor at the Student Wellness Centre for support.