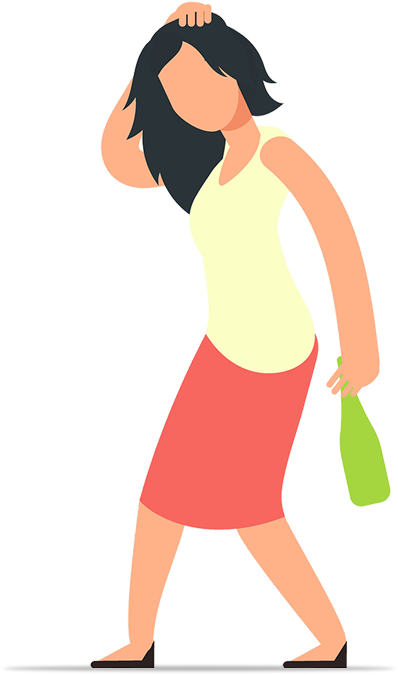 Shama wouldn't drink very frequently but when she did, she would have a lot, often passing out as a result. During her third year, she realised that her hangovers had become worse and more persistent. Also, while she felt good whilst drinking, she almost always felt worse the next couple of days. She knew this was not a habit that she wanted in the long run.

The next year was going to be challenging by itself and she didn't want this to be another thing to deal with. She started searching on the internet and after a couple of videos, she was sure she wanted to stop it altogether. But she wasn't sure where to start and what exactly to do.

There are many reasons as a student, for why you might decide to quit using substances. Some may realise that it is a concern for them and is affecting different parts of their life, or maybe they were influenced by an individual or something they saw. Whatever your reason may be, if you’ve decided to stop using substances and are looking for ways to make the transition easier, here are some things to help you get started. 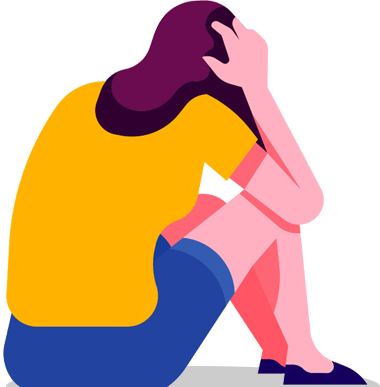 What should I expect?

There are some people who simply decide and stop using the substance overnight. But for most others, the journey is a lot more complex. If you are starting out, know that it might require a lot of effort with some expected setbacks (after all these substances are addictive in nature).

But it is definitely possible for you to achieve the goal you’ve set for yourself. Keep at it and you will eventually see the results.

Where do I begin?

Like all other habits of ours, substance use also serves some function.
Recognizing what substance use is helping us avoid can greatly help in replacing it with healthier ways to cope.

Think about the last two-three times that you had a craving and consumed the substance and note down the following:

e.g. I was feeling extremely nervous about being around people

I felt more confident and interacted with more people

I didn't get the POR I wanted and felt like a failure.

I felt relaxed and thinking stopped for a while.

e.g. I was feeling extremely nervous about being around people

I felt more confident and interacted with more people

I didn't get the POR I wanted and felt like a failure.

I felt relaxed and thinking stopped for a while.

If you notice that you’re more likely to consume when you’re feeling overwhelmed, focus on tools that will help you manage these emotions. If it’s helping in feeling calmer and socialising, feeling more confident, etc. learning new skills for the same can be of great help.

Here are some tools you can utilize

As you begin, having a fixed daily schedule with pre-planned tasks can help ensure that you are occupied and engaging in healthy activities. Engage yourself with other things you’re interested in (music, art, dance, exercise).

Think about which situations might make it difficult for you not to consume (e.g. parties). It is best to avoid such situations especially in the beginning. For times that you can’t, think about how you will refuse usage, respond to pressure from others, and how you will cope with any possible consequences.
Know more

If people around you continue to offer you the substance, make it clear that you wouldn’t want the substance to be offered to you again. (e.g. I have stopped drinking and I would really like you to stop asking me to drink with you.)

If you’re invited out by a friend to consume the substance together (chal lets go drinking), you could suggest something else you can engage in together (chal let’s have a cup of chai instead?). If you’re continued to be pressurized, there’s no shame in leaving that place too.

It is of great help if people around you are supportive of your journey. Join some groups, activities on campus where you can meet more like-minded people.

If you’ve noticed that you use substances to help deal with overwhelming negative emotions, start by being mindful of what you’re experiencing. Practice some relaxation techniques as well as carry coping cards that you can refer to (e.g. I can handle this situation/ these emotions without drinking).

Statements I can use to motivate myself:

Things I can do instead of using the substance:

Times when I was able to cope without consuming the substance:

Find an ally who understand s and can support you through this journey. Whenever you experience the urge to use again, reach out to them, think about the advantages-disadvantages of using, the reason you initiated stopping, and purposely recall the negative consequences of using. Writing these down with the help of this ally can help. Work on identifying any thoughts that might be making you feel worse (I am just not capable of doing this) and work on developing more balanced alternatives.

It is very natural for cravings to arise. Develop a list of distraction techniques for yourself and have a plan ready beforehand for when cravings arise. For example, physical exercise, talking to someone trusted or practicing relaxation techniques. If the urges persist despite these methods, immediately contact the Student Wellness Centre or IIT Hospital.

Attempting quitting substances is not an easy task and requires continued efforts. For many people, it is a journey of trying, not being able to succeed and then trying again. So, if you had decided to stop consuming but ended up using the substance, don’t be too hard on yourself. Remember that this does not negate all the progress you have made till that point. This can be an opportunity for you to modify your action plans and make them more effective.

Additionally, know that you don’t have to do this alone. It can always help to have some support as you try to quit substances. There is no shame in seeking help. Here are some resources: