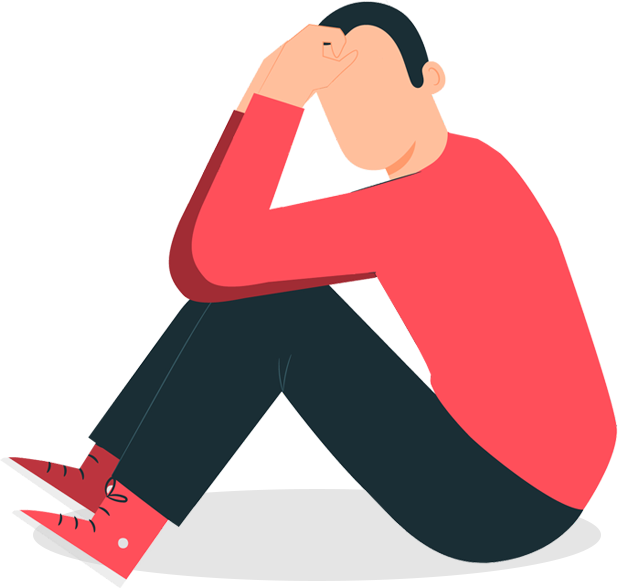 Viraj was in the second semester when his family from Hyderabad informed him that his grandfather had passed away. While he had been unwell for a while, it didn’t make the loss any easier for Viraj. He felt devastated. The fact that he couldn't physically be there for his family made him feel worse. He didn’t want to burden his family with his own sorrow. While his friends extended their condolences and tried to be there for him, he felt very lonely. It was like no one would understand what he was truly feeling. He experienced a range of difficult emotions. Sometimes it would be numbness, sometimes a deep sadness, and sometimes just anger. Not knowing how to deal with these feelings, he tried his best to put all of it on the backburner and put all his energy in his studies and other responsibilities on campus. But not allowing himself to grieve completely meant that it would begin to affect him in other ways. He found that he couldn't concentrate in class, didn’t feel joy like he used to earlier while spending time with friends, small things irritated him and he had started to feel fearful about the wellbeing of his loved ones. He also began drinking at times when it got too overwhelming for him.

All of us experience grief at some point in time. This can be a natural response to the loss of a relationship, moving away from home, growing apart from lifelong friends, losing anything that you held dearly, loss of a pet, or the death of a close person. No matter what the reason, no loss is easy, and grieving is a difficult process.

As a young person, we may be faced with grief and the process of grieving can be especially hard given that there is less scope to slow down or take time off in the middle of an academic year after the loss has occurred. Additionally, you may not be in the physical presence of your fellow grieving, safe people. A situation like this can make coping particularly difficult. But as you go through this process, remember that people experience grief in different ways.

While sadness is a major component, it can also be mixed with other emotions like anger and guilt. You may feel additionally tired and may not want to interact much with the people around you. There is no right way to feel or grieve or the right amount of time you should take.

Here are some things to keep in mind as you grieve

While it may be difficult to start, having a fixed routine and scheduled tasks can provide your days with some structure and give you something to look forward to. Try to engage with your usual club related activities, friends in the institute. Focus on getting good sleep, eating well, and get some physical exercise. Maintain your self-care activities to whatever extent possible. 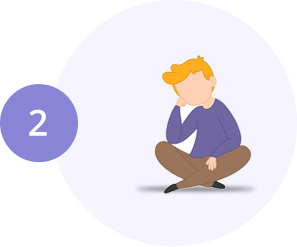 Acknowledge the loss and your emotions

It can be difficult to address that the loss has really occurred given how overwhelming it can be. But acknowledging that what you have lost and how it played a significant role in your life can be an important first step to healing. 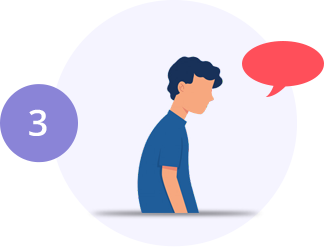 While grieving can be difficult by itself, the journey can be made harder by some of the things we believe and tell ourselves. Do any of these sound familiar?

If you have been hard on yourself, start now and try to be a little kinder. There is no embarrassment in crying or being honest about what you’re going through. Your journey is going to have highs and lows. 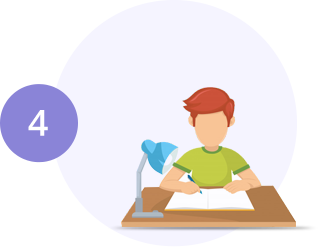 Navigating through grief and pain

The loss will naturally bring up many intense emotions for you. Allow yourself to experience and process them. Some ways that can help:

Identify and prepare for your triggers

There might be some important dates, places, or events that are especially meaningful. These can bring back memories and can be difficult and overwhelming. Schedule some activities for the day or accessing more social support for the same can be useful.

What are some ways you can prepare for the same? Remember that grieving is not a linear process. You’re going to have good moments as well as bad ones. Focus on what helps you in your journey. 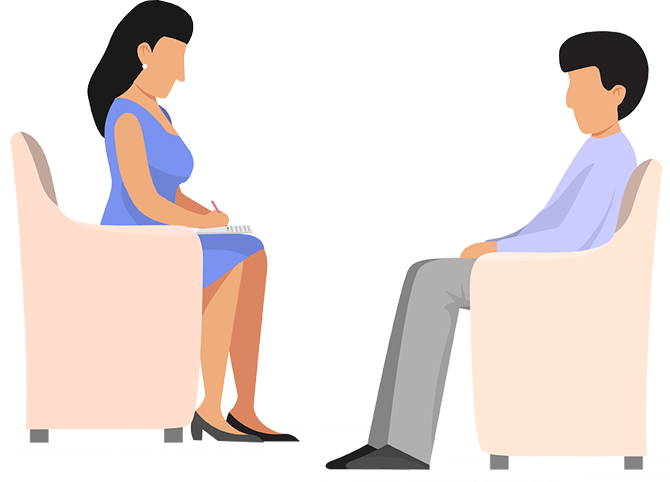 If you feel like it’s getting too overwhelming, or find yourself preoccupied with thoughts of the person you’ve lost, and are finding it difficult to engage in your personal plans, please seek support.