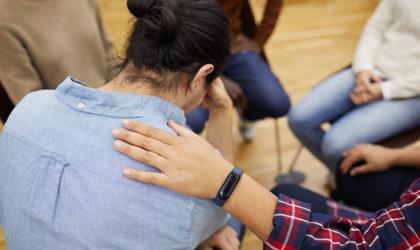 “Trying to dismiss the problems certainly does not help, at least it didn’t help me - it made things even worse. What was useful to me was to realise that I need to change my ways, to talk frankly to my parents about how I was really doing and to find other avenues of interest to explore.”

"I came to IIT Bombay, certain that I had made it, that it was going to be a smooth ride from then onwards. I had always scored well in exams and it was a shock to find that I had scored less than 30% in my first quiz of MA105. But I wasn’t deterred, I was determined to score better - I would solve tutorial problems, read the textbook, attempt its questions. But the scores improved only slightly.

This is the case in most of the courses. When my parents would ask about my studies, I would tell them that all was well - and they would believe it. In my second semester, things got even worse when I began to miss classes. I would binge-watch TV shows and movies throughout the night and then sleep during the day. The grades fell even further as classes became an afterthought.

After the mid-term exams in the third semester, I was sitting in a tutorial lost in my reverie. I had no clue about what was going on around me. At the end of it, I copied the solutions from my colleagues and submitted the sheet, as I had become used to by then. That day something snapped in me. I realised that it wasn’t me, this wasn’t what I had come to IIT to become. I used to be a good friendly guy, although not a total extrovert, during my high school years but that seemed like a long time ago. I had begun to spend so much time on my laptop that the power of my glasses had to be doubled at the end of my first year.

Finally, I told my parents that I was struggling, that I was performing poorly, that I did not want to pursue engineering. Initially, they panicked but over some days, I was able to convince them of my reasons and what that past year had been like. I soon realized that my not telling them early on had only made matters worse because there was no pressure on me to change course as it became easier to tell them everything was going fine.

That semester, we had a course in Economics and I found it to be very intuitive and interesting. That was when I started to develop an interest in public policy and economics. I also found out that there were all these talks happening almost every week about social and political issues in the institute and I began attending them. I started reading books to learn more about these things. Gradually, I realised that I wanted to do something related to economics. That was really helpful because I now had a goal, however fuzzy or unclear.

I got involved with Insight in the fourth year where I found a community of people who were supportive and shared some of my interests. I began running in the evenings, going out with friends more than I used to, got involved in some other groups. These extra-academic activities allowed me some space where I was doing things that I really enjoyed doing. This also helped me in my studies, although I was least interested in Engineering. I think just being more relaxed, less stressed and more disciplined helped me a lot. I did not stop watching TV series or movies, it just became less of an escape than it had become. Moreover, I began to have honest conversations with my parents about how I was doing - I could tell them the truth and they were supportive.

I think those first two years at the institute were very confusing for me because of the lack of certainty it posed, both in terms of academics and my career. The surety with which I has stepped into the campus was lost pretty soon and I didn’t know what to do thereafter. Being a shy person, I hardly talked to anyone about what I was going through. In my last three years, I came to realise that a lot of students face similar situations. Trying to dismiss the problems certainly does not help, at least it didn’t help me - it made things even worse. What was useful to me was to realise that I need to change my ways, to talk frankly to my parents about how I was really doing and to find other avenues of interest to explore."

Finally, with this video we end our mental health campaign for this year. We started with the purpose of creating awareness about issues that people are hesitant to talk about, but this is just the beginning of a greater battle...a battle with your insecurities..a a fight with your loneliness... Don't hide your pain with an 'I am fine', because your pain tells the story of where you have been, it does not dictate where you are going. If you can survive this war that you battle with yourself, you can survive anything!